The healthy cities narrative demands union of quality of living, natural resource management and innovation which should support economic vibrancy and vice-versa. 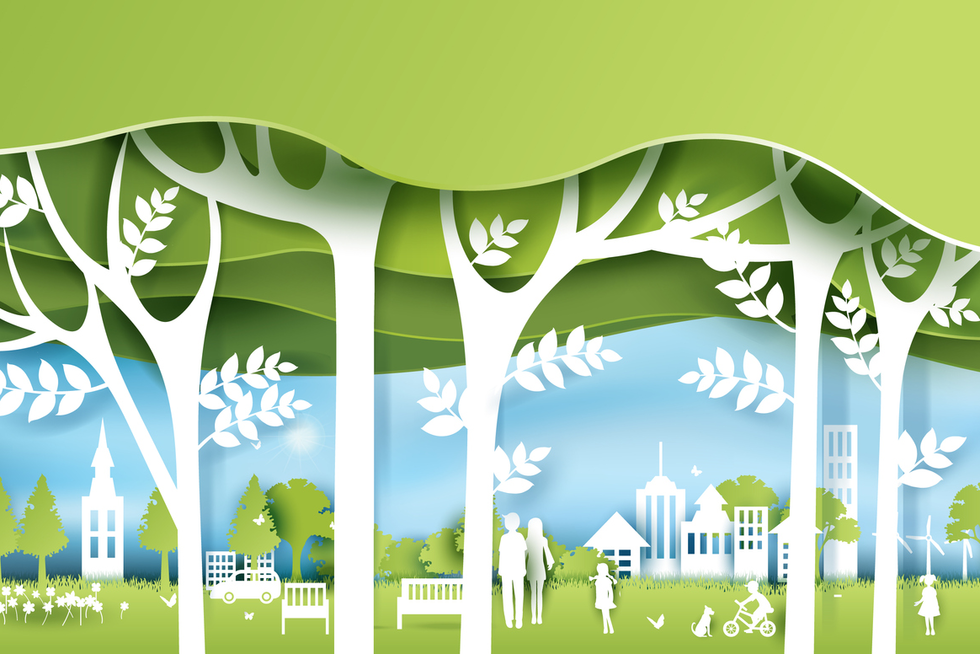 Could city’s health be everyone’s wealth Image from istockphoto.com / artdee2554

Indian cities have grown exponentially in the past few years, both in terms of numbers and the scale of development. Our cities are trying to keep up with the fast pace that cities of the world exhibit. And in order to do so, they are becoming investment hotspots, innovation hubs, and growth models. Everything, except what a city should be – an enabling ecosystem for breaking glass ceilings of all sorts by providing opportunities to one and all, a center of unbiased social interaction and societal progress, an economic zone fueling a country’s growth which benefits not only urbanites, but the entire populace.

Just like a healthy parent is capable of raising a well-formed child, a city’s health and well-being is crucial for its people and their aspirations. No, not in terms of health indicators, or how many hospitals it has or the doctor-citizen ratio. But how quickly the ailing patient receives medical care because on-call emergency services are efficient, quick and hassle-free movement of emergency vehicles because city mobility is well planned, and irrespective of class/caste/gender status, affordable and quality service is guaranteed at any medical venue.

Evidently, we don’t see much of these happening in our current cities, indicating that our cities are as unhealthy as they can be. And in pandemic like situations, this inability only adds to the woes. There are myriad ways to boost a city’s health – social, economic, spatial, cultural, political, environmental. Here is illustrating a few.

A brutal demonstration of the apathetic relationship between city and its dwellers was seen during the early days of pandemic. There is no need to elaborate here how cities alienated its makers, its workers – a clean surgical cut, leaving millions to fend for themselves. A number of affected folks were struggling to keep alive and safe, hoping not to be pushed out from the very cities they built. Meanwhile, numerous others, or the entitled elites were boxing themselves further, again a clean cut, but in their case, to safeguard themselves from the perils of the outside world. All in the name of social distancing. While distancing was the need of the hour, we needed physical distancing not social distancing.

Indians, with their archaic traditions and rigid social systems, excel at social distancing. Caste, class, gender-based discriminations are rampant, whether in education system or in profession, in families. Our cities mimic the same, by the way they are designed and operated. High class, caste people occupy the center, are closer to resources, wealth- accumulating activities and decision-making arenas. Low income, low caste folks are pushed to the periphery, with controlled access to resources and pre-defined occupations. Movement or transition from one to another is discouraged through muscle and political power.

So, when the pandemic struck, the privileged did what they do best – quick disassociation from the problems of the marginalised. The time was to show solidarity, compassion and empathy to fellow citizens. Cities need neither social, nor physical distancing. A healthy city should allow for fluidity of functions through spatial arrangement or zoning, further allowing free and fair movement of people. Cities should be designed, constructed and inhabited in a manner which facilitates equal and inclusive access to all, whether for services or for recreation.

One thing that we learned from lockdown is the ease with which we can carry out office work from home (WFH). Yes, there are issues of added burden of work, availability of space within home to setup office, reliable tech infrastructure and the fact that not all our jobs can be carried out from comfort of homes over a laptop or a tech device. The idea was already settling in before the lockdown was announced. Newer forms of employment (contractual work, freelancing) and work ethics allow for flexible working hours. Coworking spaces are being explored to reduce dependency on a formal office infrastructure.  Tech companies like Google have already announced WFH till next summer, other will follow suit.

Even if a small percentage of workers could manage WFH, it could be transformative. Well for starter, there is the reduced commute to place of work – meaning lesser number of private vehicles on road, meaning less pollution / traffic jams and cleaner air. There would be a lesser need to construct energy guzzling, environmentally inefficient (read glitzy tall glass structures) office buildings. Multi-functionality of built infrastructure should be promoted. Sharing built spaces through day and night depending on work requirements and reviving use of old, abandoned buildings should be one such step.  More importantly, converting green areas / agricultural land to accommodate such infrastructure should be highly discouraged. We need to start unplanning, basically not plan each and every parcel of land within the city limit. These unbuilt, unplanned spaces are crucial for sustenance of non-human dwellers of the city.

Essentially, a shift towards energy efficiency, greener and cleaner ecosystem. A healthy city where the built and the unbuilt spaces enter a seamless, symbiotic relationship – fulfilling the idea of “harmonius co-existence”.

Knowledge is my superpower

For any of the above to happen, awareness and knowledge exchange is really important. Knowledge poverty and ignorance has led us to our current impoverished state. And it is not limited to the common citizens. People at the higher echelons of power also feel the void. In some cases, its systemic. For instance, low levels of education amongst women and marginalised, their absence from policymaking discussions or access to such platforms. In others, it is the sheer arrogance and silo working culture leading to communication gaps.

On one hand, India boasts of being an advanced civilisation, thriving on traditional wisdom, indigenous knowledge combined with top-of-the-class innovations and booming technological prowess. On the other hand, it is often seen that lack of exchange of this very intelligence bears on us economically and socially.

In a healthy city, participatory and transparent decision-making, accountability of service providers and good governance go hand-in-hand. A city needs to ride high on strong and independent local governance body with support of different line agencies and departments. This necessitates support of citizens group, with representation from all strata of society. Most importantly, to work this system, an educated and aware citizenry, functionaries and policy makers are desired, who feel equally responsible for the good health of the city.

All in all, to make a city healthy, we need equitable planning, which is environmentally sustainable, socially conscious and politically empowering. The healthy cities narrative is the one where quality of living, natural resource management and innovation support economic vibrancy and vice-versa. And it is time we embrace this urban narrative to maximise the full potential of a city.