Jobs are in focus again. Getting employment with basic sustenance income and social protection is the challenge before millions of workers across India. Can decent jobs be created? What can be some of the solutions for this crisis? 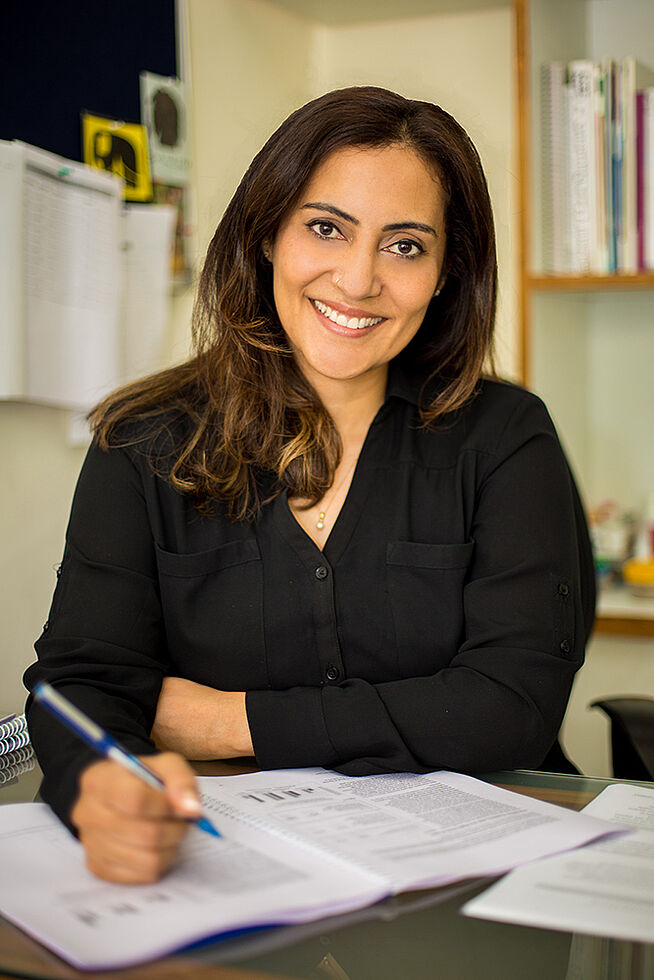 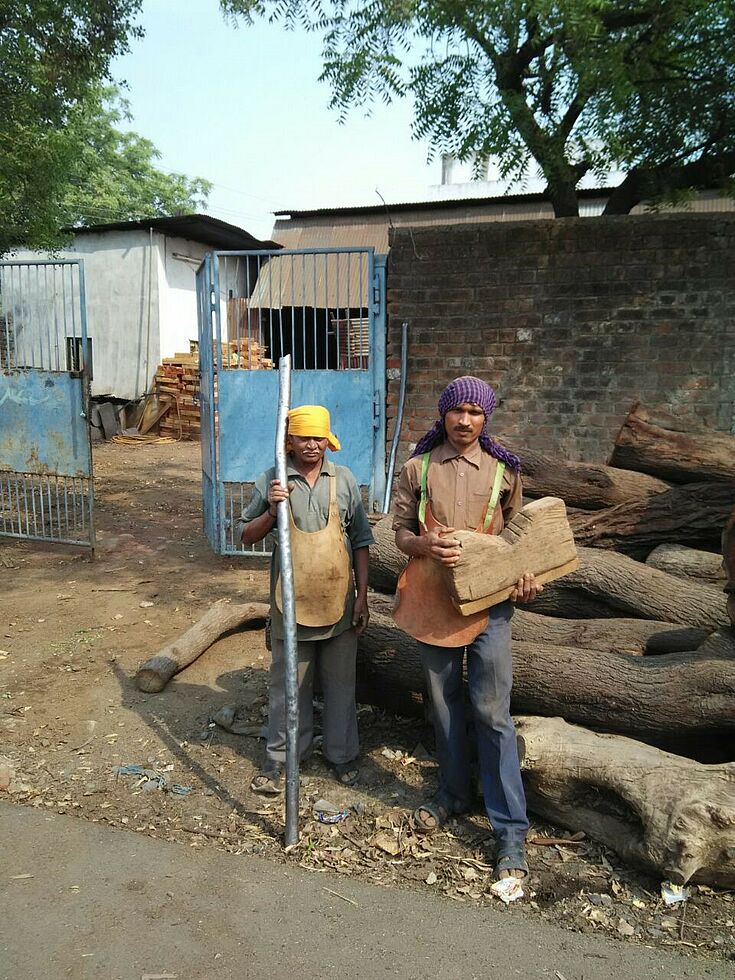 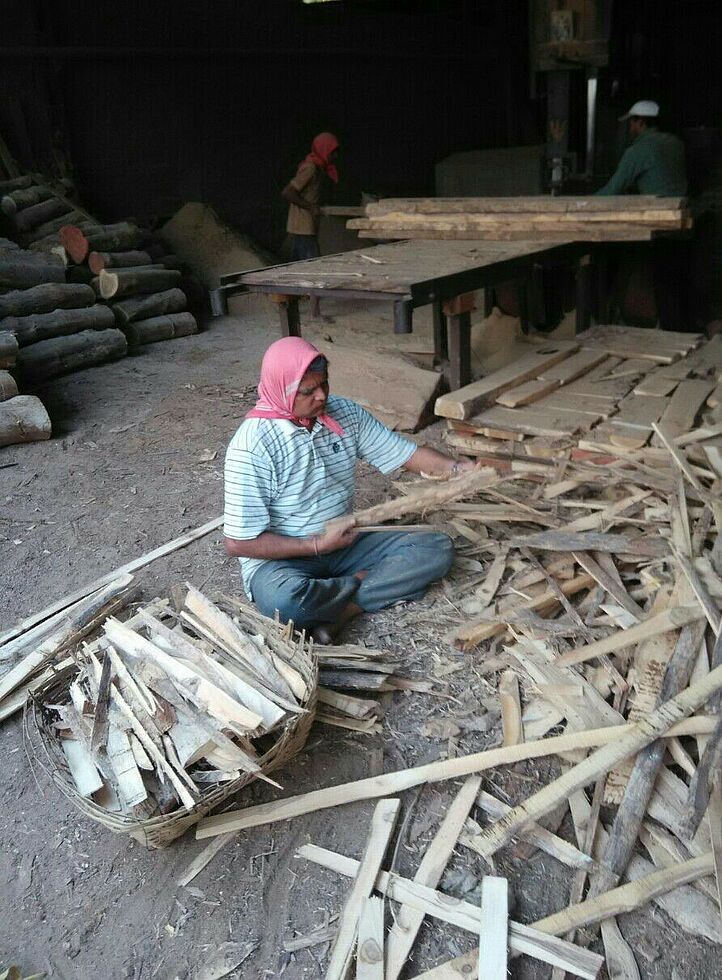 The Covid-19 pandemic has brought immense misery to Indian workers, including the millions of migrants who have been returning to their native places. The overall job scenario has been further aggravated by this current crisis. Government(s), both at the State and Centre along with the industry need to quickly respond to subside this crisis and lay a strong foundation to ensure creation of decent jobs in the long run.

With this context, Friedrich-Ebert-Stiftung (FES) India organised an interview with Ms. Sabina Dewan, President and Executive Director of the Just Jobs Network.

According to you, what are the inherent factors which have led to the current employment crisis in India?

Sabina Dewan: The persistent assumption that growth will inevitably lead to more, and eventually better, jobs has been a big part of the problem. For over a decade, India’s economic growth has neither produced enough jobs, nor the quality of jobs that the nation needs. Capital intensification fuelled economic growth for several consecutive years, but it did not generate enough employment to absorb the country’s surplus labour - depressing wages and working conditions. A lack of productive jobs and low wages manifested in a decline in private consumption and low aggregate demand. This has, in-turn, adversely affected production and investment creating a viscous cycle.

Beyond problems on the demand-side, deeply deficient investment in the provision of relevant, quality education, skills, and social protection have done little to harness the productive potential of workers, or realize the rising aspirations of India's large and growing youth population.

Even before the COVID-19 crisis, several indicators were pointing to an ailing labour market -- low labour force participation (only one in two Indians of working age); low and declining female labour force participation (23.3 percent); rising unemployment (6.1 percent, up from 2.2 percent in 2011-12), 17.8 percent youth unemployment; a stubbornly high share of informal employment as a share of non-agricultural employment (68.4 percent).  Even regular wage and salaried work was becoming increasingly precarious. The share of regular wage workers with a written contract went from 59.1 percent in 2004 to 71.1 percent in 2018. 38 percent of regular wage/salaried workers were not eligible for paid leave, did not have a written job contract and were without any social security benefits in 2018.

There has been a failure of policy to address these persistent challenges, and these are going to be even harder to reckon with in a post COVID world.

As a result of this pandemic, millions of migrants are returning to their native places. Upon arrival in the state of origin, among other issues, getting jobs would remain a huge challenge. What according to you could be done to create employment locally?

Sabina Dewan: Job creation is not a short-term proposition.  In the short-term, there will inevitably be a severe shortage of jobs in many of the towns that migrants return to.  But with a longer horizon, we must consider how to expand productivity in agriculture including reforming agricultural markets and strengthening agricultural institutions.

Infrastructure development is one of the fastest ways to create direct jobs. The multiplier effect of infrastructure projects can be significant from promoting value chains, connecting production to markets, building irrigation, energy and transportation infrastructure for rural areas to alter cropping patterns toward more labour intensive and higher value crops. Mahatama Gandhi National Rural Employment Guarantee Act (MGNREGA) is an already active channel through which we can, not only expand public infrastructure in rural areas but can also provide social security through an active policy. MGNREGA should be expanded and strengthened.

Is this adverse situation an opportunity for Central / State Governments to really ponder over their economic policies, which could help in the long run to become job rich? If yes - then can you elucidate what should be the key elements?

Sabina Dewan: The government will have to loosen their fiscal restraint significantly to provide the necessary stimulus to revive the economy, but in the medium to long-term the nation must take this opportunity to rebuild India's policy frameworks setting out clear priorities.  Some of these priorities are as follows.

Revive and build productive businesses. Going beyond a moratorium on loans, the government needs to ensure there is access to working capital at low interest rates for start-ups, small and medium businesses. Remove cumbersome barriers to forming new businesses. Clarify, simplify, and be consistent with required business filings and compliances. Governments can also support businesses through wage subsidies that are paid directly to workers through digital systems.

Invest in infrastructure. Infrastructure development creates large number of jobs - though the quality of construction jobs leaves much to be desired. Occupational safety and health must be regulated through stringent -- not fewer -- protections. The multiplier effect of infrastructure projects can be significant, including for agriculture.

Institute wider social protection. Do away with wasteful subsidies and use Direct Benefit Transfers to provide a streamlined set of health, maternity, disability, bereavement, and pension benefits to more people.

Make labour regulations simple and effective. The harmonization of the labyrinth of labour laws into four codes has gone some ways in clearing out the regulatory logjams that have plagued us for many years, but they remain either awaiting enactment and/or framing of rules. The debate needs to move beyond a focus on more/less regulations, to hone on better regulations that are clear, that appropriately protect workers, and can be effectively implemented.

We must create a labour force that has the requisite education and skills to meet the needs of the labour market today, but that is also adaptable in the face of a technologically driven, dynamic 21st century economy.

Finally, do you see this pandemic impacting the future of work phenomenon in India particularly Industry 4.0 and its various elements. What needs to be done to remain in good stead yet retaining the human centric growth model?

Sabina Dewan: Even before COVID-19, technology was altering the labour market and upending conventional employment models. The current crisis is accelerating the nation's digital transformation in a way that will further reinforce these trends.

As fear of infection, the mobility/immobility of labour, or social distancing norms reinforce the vulnerability of a human workforce, there may be a shift toward automation. Physical retail has had to give way to e-commerce during the lockdown; some loss of market share will be permanent. As brick and mortar businesses fail, more workers may turn to the gig economy to try to make a living, but an oversupply of labour in these sectors could depress wages and working conditions further.

The pandemic is accelerating the provision of online learning solutions, but this exacerbates inequities between those that have access and know-how and those that don't. The country runs the risk of relying too heavily on technological solutions without ensuring that technology has a human interface and augments human effort rather than replacing it.

The government must create an enabling policy and regulatory environment that harnesses the many benefits of technology and minimizes the costs toward more equitable and sustainable socio-economic development and growth in a post-COVID world.