How to portray the massive transformations shaping up in the extended urbanisation of Indian cities through a film? Is a film on this subject even needed if we can read so much about urban transformation already? These were the important questions that the filmmakers had in mind while working on the film ‘Not Just Roads’. 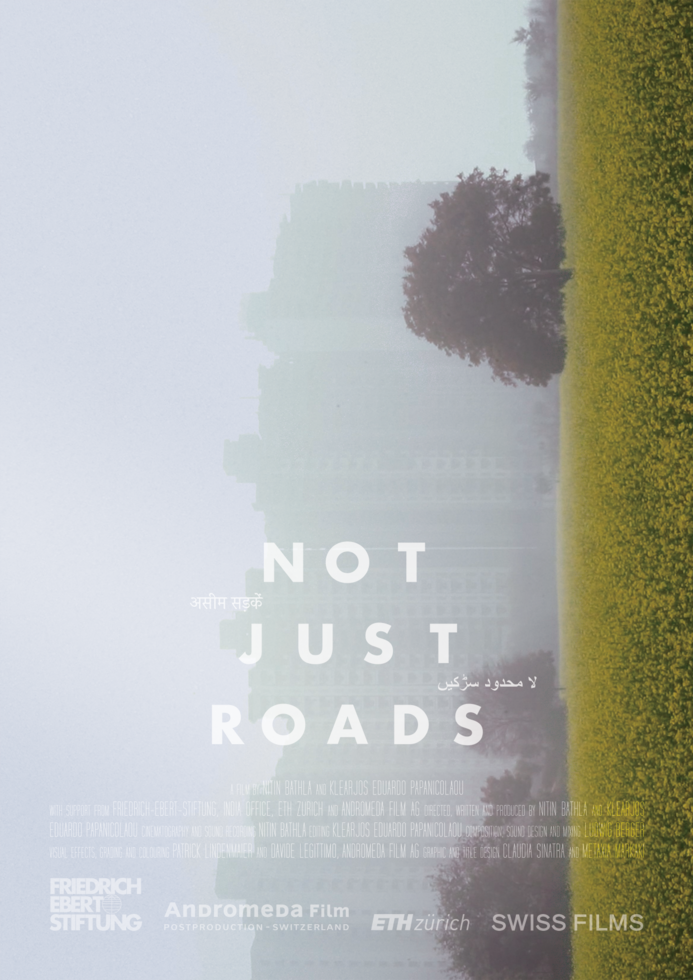 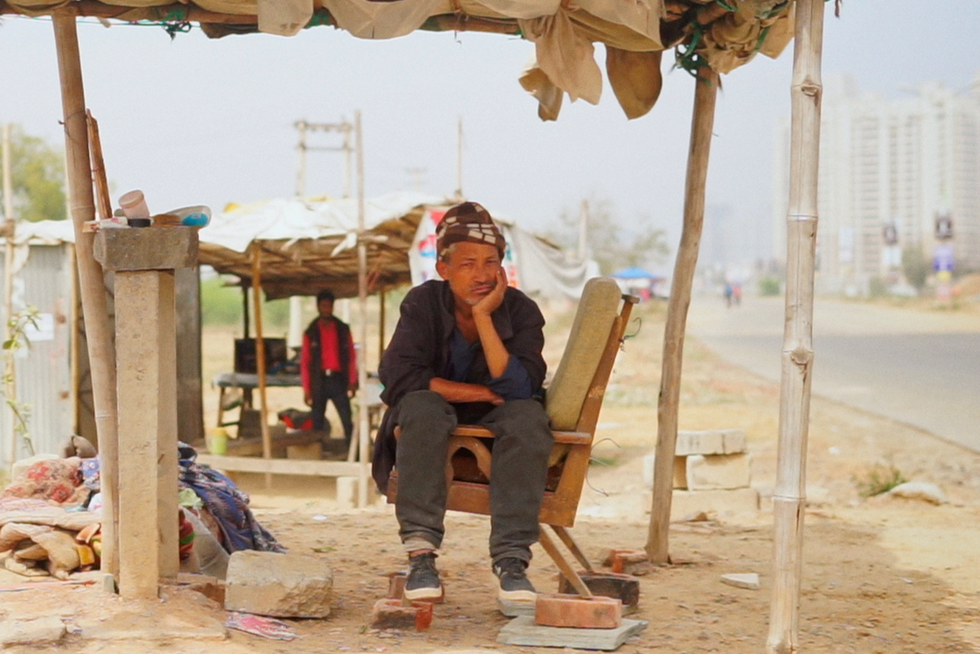 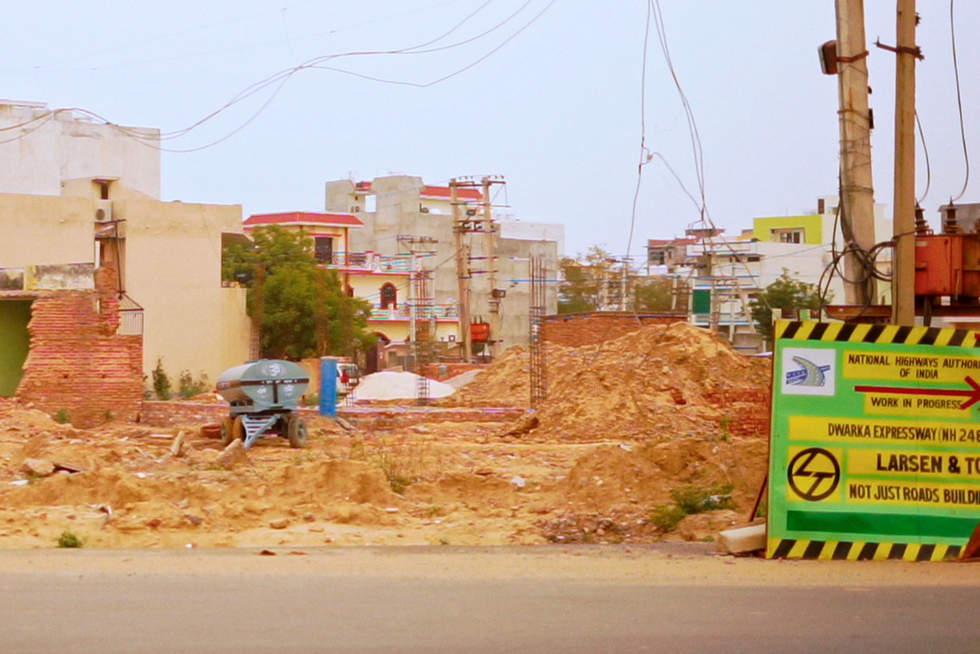 The average rate of construction of highways in India in the last five years has been over 23 kilometres per day, an unprecedented rate of construction, one that was not witnessed even in the heydays of construction of the US Interstate Highway system. Presently, the representation of these highways is characterized either by narratives of modernity, the promise of prosperity that they hold, or through equally narrativised portrayals of dispossession, environmental decay, and pollution. These highways are indeed very destructive as their construction necessitates not only a massive displacement of material and ecology, but also of sedentary and non-sedentary, human, non-human and more than human actors that inhabit these territories.

A picture says more than a thousand words

A film more than a text, offers generative possibilities while engaging with these very same subjects. It offers a possibility to observe everyday life under these contested developments, unfolding through visual, aural, and sensory encounters. In not providing a narrative or the burden of over contextualisation, a film can allow the audience to make its own meaning through relating with on screen protagonists, thus transforming the audience into researcher-ethnographers who become curious to further investigate the nature of the urban transformations shaping around them.

‘Not Just Roads’ is one such observational film that captures the making and unmaking of Dwarka Expressway (Northern Peripheral Road) located on the peripheries of Delhi. The film captures the rapid urban transformations through observing and conversing with nomadic pastoralists whose native trails are now crisscrossed by highways, village communities whose rural lifestyle has become largely performative, working class neighbourhoods that are faced with demolitions to make way for highways, and the emerging middle classes that are moving into the gated communities along these highways. In the encounters with the protagonists from these majority communities, we meet several other unexpected actors. We encounter real estate salesmen attempting to sell dream homes to make a living, we end up in a cricket ground that has emerged on agricultural land to cater to the recreational needs of affluent residents, as well as environmental groups protesting against the highway in creative ways. Moreover, through the film, we start to appreciate a non-human and more-than-human perspective on these highways. How does ferality of life such as of dogs unfold along these highways, how does livestock navigate these highways as they forage around, and how does the highway feel through the perspective of the machines and workers that operate them on this giant factory floor? ‘Not Just Roads’ attempts to portray these through visual, aural and sensory encounters and leaves it to the audience to make their own meaning from it.

The film as a collaborative project

Aside from being generative as a medium itself, a film is a generative in terms of the interdisciplinary collaborations it entails both in front and behind the camera. While the film benefitted from the generosity of the protagonists who appeared on camera, it also developed through generous crossovers in terms of perspectives and ways of seeing of the collaborators involved. The embedded critical ethnography of Nitin translated into immersive cinematography. The previous editorial and production experience of Klearjos of having worked on films on urban and housing transformation that employ the observation of everyday life. The sound design of the film composed by artist Ludwig Berger, which introduces an aural immersion into the everyday life of the landscape the film is set within, such as the sound of insects and machines that are more than visual. The graphic design of the film by Claudia Sinatra and Metaxia Markaki that builds upon the experiences of encounter and erasure in the film. Lastly, the colouring of the film by Patrick Lindenmaier and Davide Legittimo from Andromeda Film AG that builds on the chromatographic analysis of the landscape and its people. These competencies were mutually constitutive to what emerged finally as a film, opening a dialogue between the collaborators and their ways of seeing as well as research and image production.

The film has started premiering in international film festivals beginning 2021, such as International Film Festival Rotterdam (IFFR), Copenhagen Film Festival, All Living Things Environmental Film Festival (ALT EFF) and Dharamshala International Film Festival (DIFF). We anticipate that the film will speak to multiple audiences and continue to create similar generative encounters. We would like the film to speak to policy planners, architects, activists, and ordinary citizens and trigger critical reflections regarding ongoing trajectories and possible futures for the massive urbanisation that is largely shaping beyond cities in India.

Check out the  first look of Not Just Roads and visit these links website and the facebook to know more. Write to us at info(at)fes-india.org for more information.

Nitin Bathla and Klearjos Eduardo Papanicolaou  can be contacted via facebook. 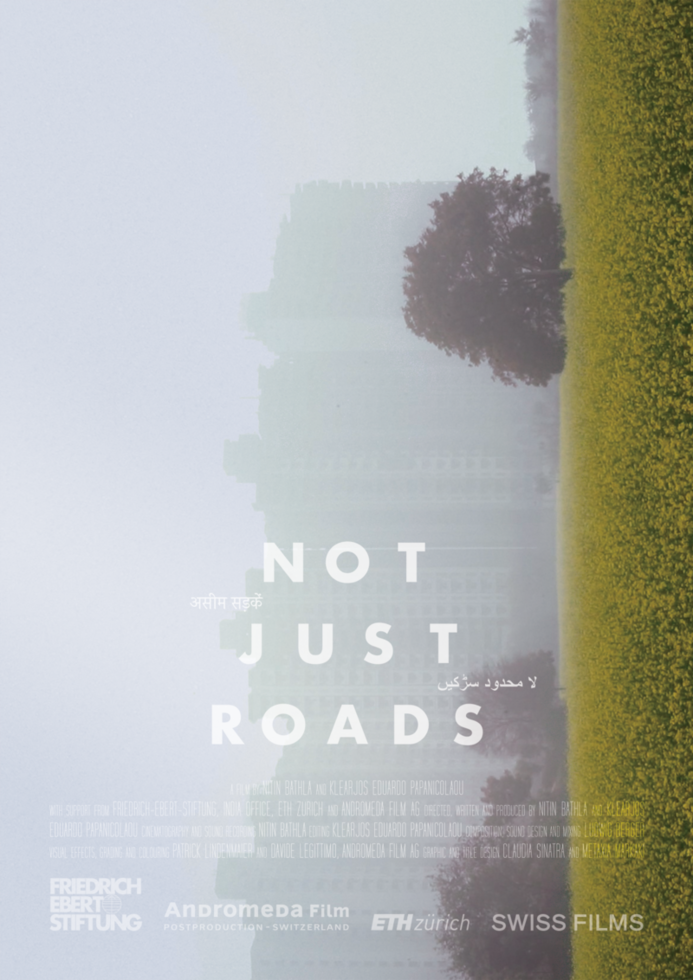 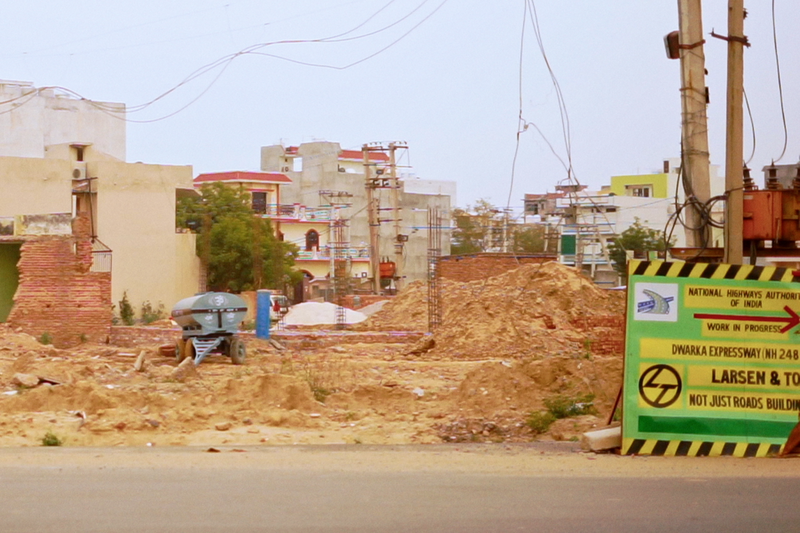 Not Just Roads is a documentary film about prevailing infrastructure building practices in India, which are connecting the nation through a…