Working people have been hit hard by the Covid-19 pandemic. The vulnerable workforce in the large informal sector of our country, which relied on their subsistence earnings are left striving for their survival far away from their families in most cases. The focus is once again on ensuring basic minimum income, adequate health and safety, and social protection for all. 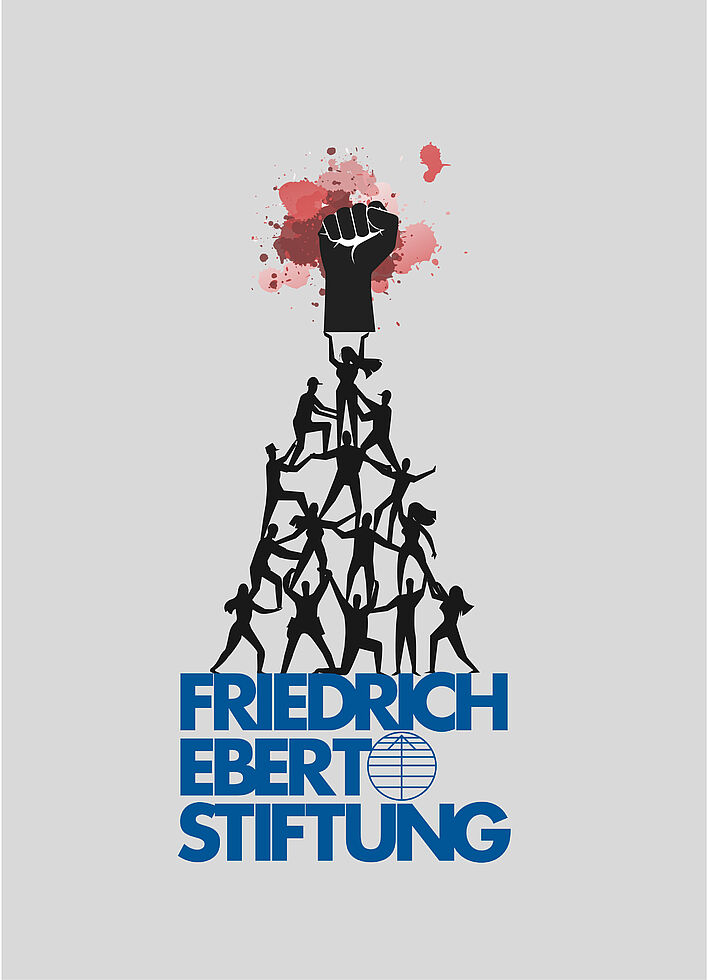 01st of May is a day of celebration observed by the workers as the International Workers’ Day across the globe. Workers often throng the streets with placards, banners and other paraphernalia to renew their vows of struggle for rights at work and better working conditions. But this year, it is a bit different. The Covid-19 pandemic has led to a national lockdown in India since the 25th of March and after an extension continues till the 03rd of May. The lockdown was a brave pre-emptive measure necessary to slow down and control the virus spread.

However, the lockdown caused panic among the migrants, daily wagers, contract workers, street vendors, rag pickers, domestic workers, and many more categories of workers whose existence became glaringly visible and their misery widely reported in the media. The policymakers on their part have made efforts by announcing packages for the downtrodden – ranging from financial assistance to food supplies and even urged employers to continue paying wages to the workers. What started off on a positive note, soon became an implementation challenge in several cities/towns with stories of food supplies not reaching the workers, back wages not paid and even the cash transfers not reaching the intended beneficiaries. There were several reasons – unpreparedness, lack of coordination, redundant and/or not updated database of workers, bank accounts not existing or not functional, and non-availability of ration card with the workers at the place of their work.

It is heartening to note that some of the FES partners and friendly organisations with their mobilized resources were able to reach out to the needy across different locations of the country. The support extended was mainly in the form of basic food and toiletry supplies. Also, wherever possible, constructive suggestions were given by the various organisations to the State and Central Government.

This pandemic has affected everyone in some form or the other for sure. The post Covid world will not be the same. For a country like India, where unemployment was high even before the pandemic, this health crisis will further worsen the job scenario across sectors. Also, with about 10-12 million people moving into the working-age population every year makes for a very gloomy picture. Sustaining family incomes without jobs, especially for those falling within the lower economic strata, will be an immediate challenge and could further push them into poverty. The Government’s steps to start and increase work under MGNREGA might prove helpful in the long run, especially for the migrant workers returning to their states.

In addition to the movement of internal migrants, India could see a major influx of returnee migrants from abroad due to slowing down of economies around the world. The Gulf region particularly is of immense importance as it hosts close to 8.5 to 9 million Indian migrant workers. India should be prepared to handle such large inflow of workers and be able to provide them necessary assistance for their social and economic reintegration.

Another important issue is that of social security coverage. For the workforce enrolled with the EPFO, they have been given the option to withdraw money to weather this crisis period but then what about the millions who are not so fortunate and remain out of realms of such coverage.

The Government needs to think through in the spirit of tripartism along with the Employers and Workers Organisations and prepare a comprehensive and inclusive social security programme, which could provide some basic minimum protection to the informal workers, including gig workers. The Government’s spending on social security needs to increase. The current spending on public health care is less than 2.5 per cent of GDP, which is relatively low when compared to many other countries.

The database of workers needs to be set right. With India being among the countries with a strong digital outlook, it becomes pertinent that the country invests in developing a robust and reliable database of unregistered workers and enterprises. In the current situation, such workers are left out and denied benefits despite any positive intentions on the part of the Government.

This year’s International Workers’ Day is about supporting and acknowledging the health and care workers who are at the forefront of the pandemic along with other workers engaged in essential services. This is also an opportunity to rekindle constructive bipartite and tripartite social dialogue at the workplace, industry and national level to strengthen industrial relations. Extending a hand of support and assurance to the less fortunate workers could help in shaping the larger workers’ unity and solidarity for the future.

Workers and Workers’ Organisations should reclaim their space in the emerging socio-political and economic decision making. Development should be guided by the principles of equality, justice, and solidarity. The new normal after the pandemic should be workers’ inclusive with the aim of realizing decent work for all with greater urgency.