“Integrating a 500 million workforce, majority of whom have low levels of literacy and skills, into modern and digitalized businesses creates a complex socio-economic mélange, which needs to be addressed soon” (Johann Ivanov, Deputy Representative, FES India Office) 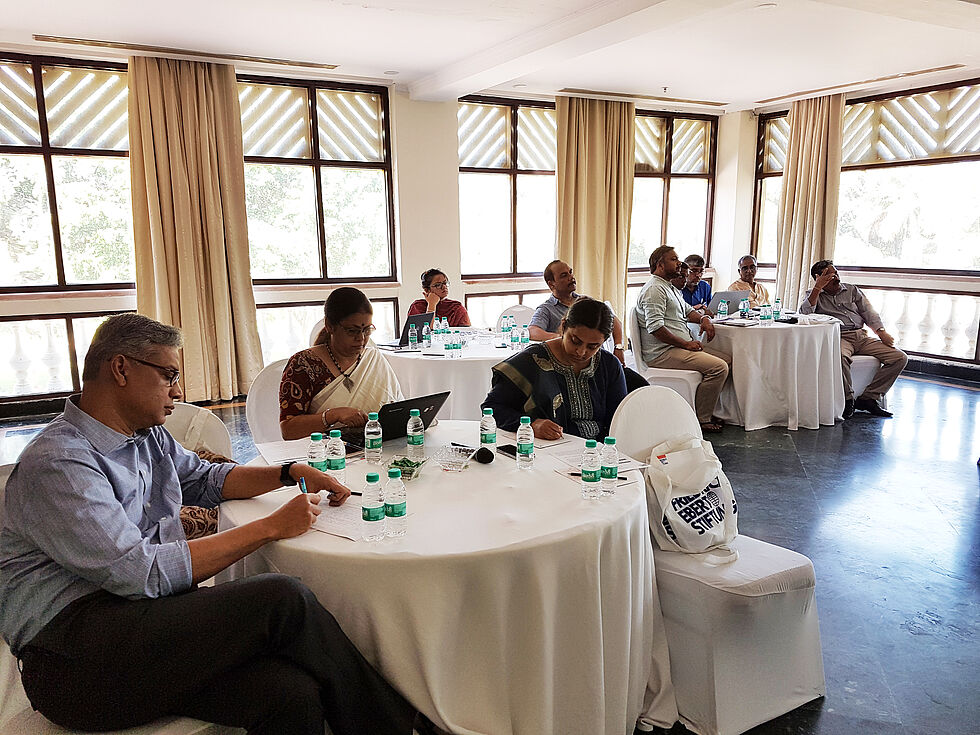 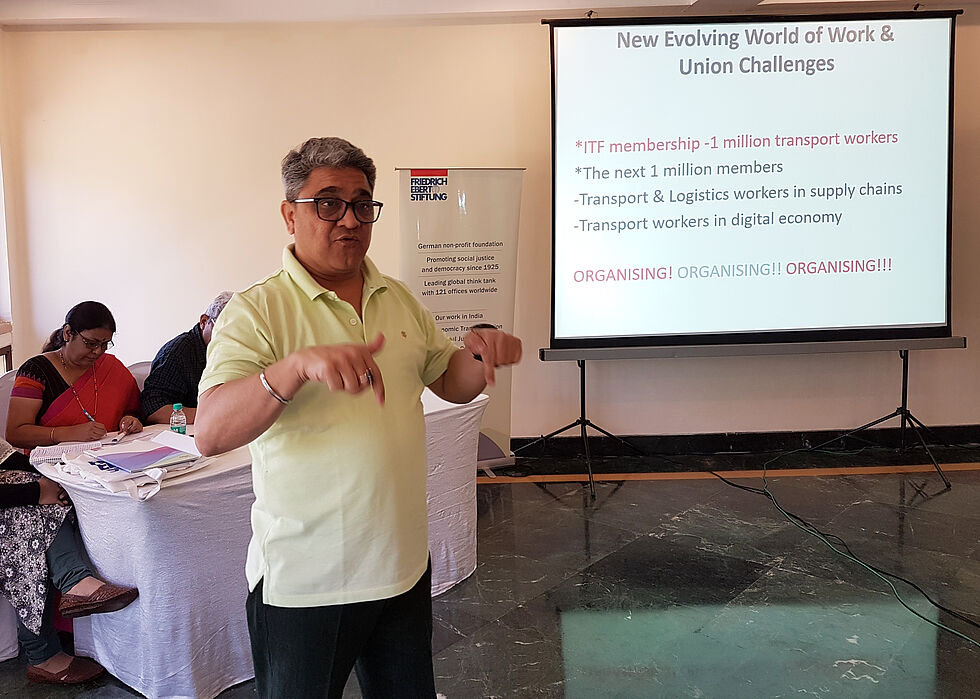 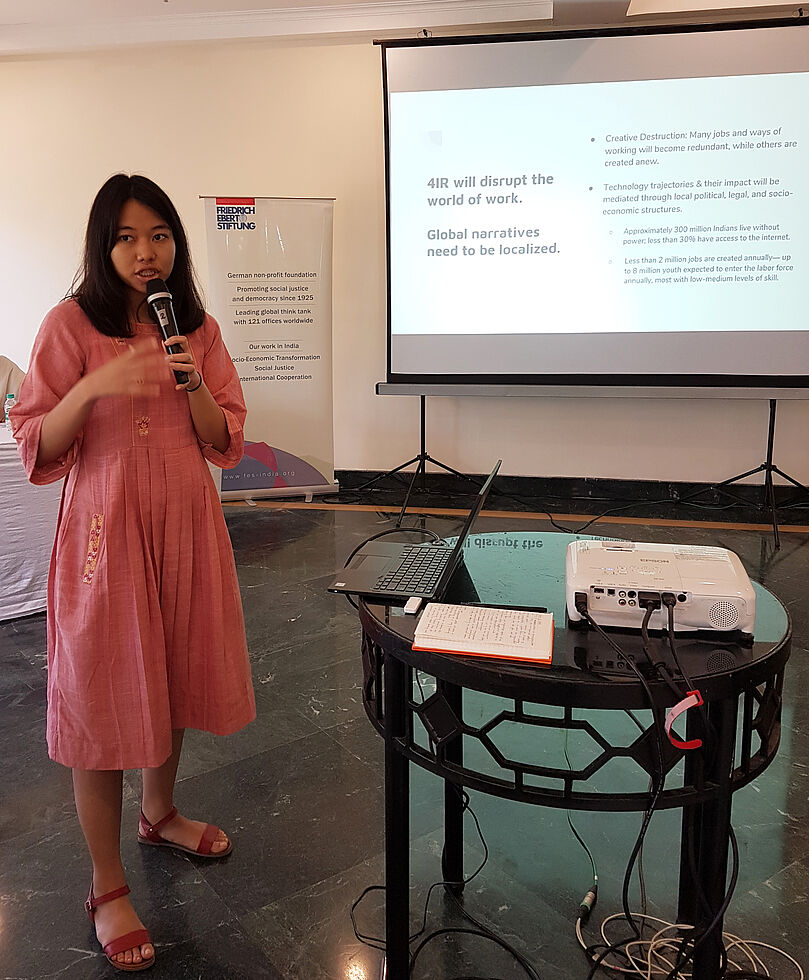 The world of work is facing enormous challenges globally. This situation becomes more critical in a developing country like India where the economy is growing, and businesses are experimenting increasingly with digitalization and automation (which in most cases translates into a lean workplace). Start-ups and self-employment is being encouraged and the debate around skilling, re-skilling and up-skilling is becoming quite important.  Yet at the same time, gaps in employment creation, job insecurities and agrarian distress is leading to increasing unrest amongst masses.

This current scenario provided a perfect setting for the Friedrich-Ebert-Stiftung (India office) to convene a three-day meeting to discuss upon some of these issues. In attendance were partner organisations and experts from academia and research institutes, who initiated a debate on possible actions, which could benefit the society at large.

As the world ushers towards what has been coined as the Fourth Industrial Revolution questions were raised on its possible impact on countries like India, which has a large age appropriate workforce looking for employment. Close on the heels has been the mounting agrarian distress, which calls for a more rationale long-term policy formulation, giving a much-needed boost to the sector. Submissions were made to restore the declining women’s workforce participation in India as this would contribute in overall productivity and growth of the country.

In a special session, Mr. Timotheus Felder Roussety, Counsellor for Social and Labour Affairs, Embassy of the Federal Republic of Germany, New Delhi gave an insight into the German Government’s National Action Plan for Business and Human Rights which aimed at giving globalisation a social dimension in accordance with the UN 2030 Agenda for Sustainable Development.

Overall, the group appreciated the idea of India evolving into a major manufacturing hub and in becoming the supply chain of the world but stressed that efforts should be made to ensure workers’ rights to decent wages and working conditions do not get diluted. The idea of closer collaboration and holding of more issue-based tripartite consultations resonated well with the group, whilst they assured their continued commitment in organizing policy discourses and in networking with like-minded organization(s) to wade through these difficult times.