Genderlogues are all about understanding, challenging and churning gender norms to move towards gender equality. Mumbai Log gives you a taste of what we did this year in collaboration with three Mumbai colleges on diverse issues and different formats under the, FES India, Genderlogues series. 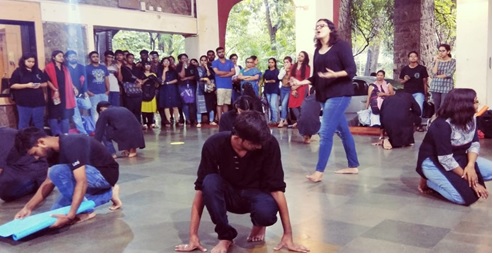 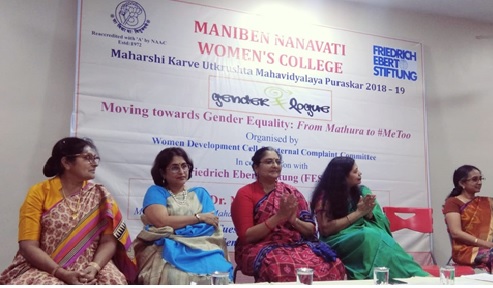 From Mathura to # Me Too -The inaugural session at Nanawati College July 30th, 2019 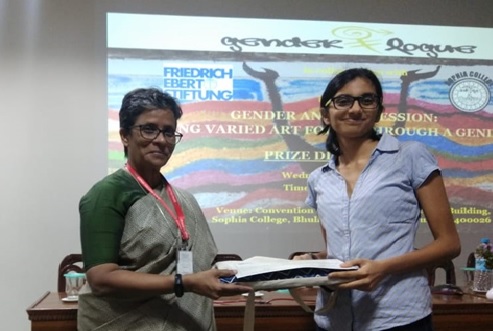 2019 is a special year for the Genderlogue series. In Mumbai we held three Genderlogues back to back in three different colleges. Varied formats including street plays, poetry recital and poster making, and debates were used. The events marked a paradigm shift as the youth-  across all gender identities- spoke for themselves on the issues which are important to them.

The Genderlogue started with various participating colleges putting up street plays on Cyber Bullying at TISS. The TISS genderlogue also had a mock parliament session. Topics included Women in Political Processes, Transgender Bill and the Surrogacy Act. Interestingly they followed the rules, regulations and points of order which are to be followed in actual parliament sessions. The only criticism one could have was that unlike actual sessions they adhered to the rules!

Maniben Nanawati college had the most number of events and enthusiastic participants from many Mumbai colleges. Thus, sessions had to be held simultaneously. Posters, street plays, debate and elocution had capacity full audience and participation.

The topic at Sophia college was Gender and Expression: Viewing varied art forms through a Gender Lens. The keynote address by Ms. Nandita Das, noted film maker, focussed on multiple identities- both, assigned and attained, conversations on "male gaze" and "female gaze", and her first had experiences of gender biases in the film industry both as an actress as well as a film maker.

The poetry recitation session reiterated the message of gender diversity, intersectionality and the standpoint of marginality and agency of the oppressed.  Some well researched papers were also presented on diverse topics ranging from gendered understanding of war, Bollywood, stereotypes and post-colonial Urdu literature.

A big shout out for Prof Vibhuti Patel for overall coordination across the colleges. A sincere thanks to Dr. Asha Achuthan and Dr. Shewli Kumar of TISS, Dr  Rajshree Trivedi at Nanawati College and Dr. Lata Pujari and Dr.Deepti Ganguly at SophiaCollege for their commitment and cooperation. And a big thank you to all participants for their active engagement.