A roadshow for feature-length documentary film NOT JUST ROADS in four cities in India in January 2023. 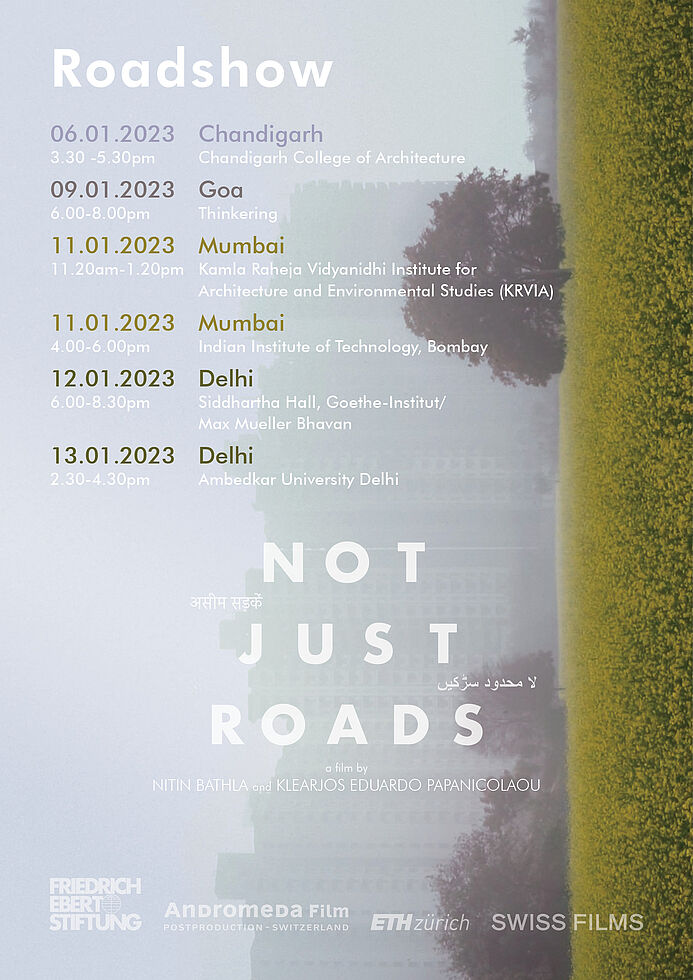 Not Just Roads is a feature-length documentary film, which explores the recent history of planetary entanglements between the built environment, monetary speculation, and everyday life. It focuses on the sensorium of an urban expressway located on the peripheries of Delhi, the Dwarka Expressway. Currently, these territories are inhabited by agricultural and working-class communities and nomadic herders and criss-crossed by native trails and vital ecological commons. The film captures the friction between the social and material lives of these competing life worlds, shifting between the sensorium of the worlds outside and inside of the gated utopias along the expressway. It journeys working class neighbourhoods undergoing demolition, construction landscapes, protests sites, and the persuasive pitches by the real estate salesmen attempting to sell dreamscapes.

The film has been directed, written and produced by Nitin Bathla and Klearjos Eduardo Papanicolaou in collaboration with Friedrich-Ebert-Stiftung (India Office), ETH Zürich, Andromeda Film AG and Swiss Films.

More about the film here www.notjustroadsfilm.com

####
Contact - notjustroadsfilm(at)gmail.com or anurag.shanker(at)fes-india.org
Related information
Not Just Roads – A sensory immersion into urban transformations shaping in the peripheries of Delhi
Not Just Roads